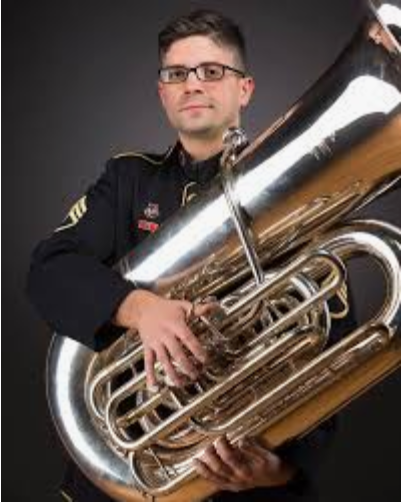 For 20 years, the Newburyport Chamber Music Festival (NCMF) has brought live chamber music to greater Newburyport. Artistic Director David Yang has collaborated with other organizations in the area including Theater in the Open, The Newburyport Art Association, Exit Dance Ensemble and many more. This year, Yang and the NCMF board are collaborating with the U.S. Army and area veterans.

Yang invited SFC Scott Devereaux, a virtuoso tuba player with the U.S. Army Field Band, to perform a newly commissioned piece for string quartet and tuba, as well as other solo pieces. NCMF has set aside twenty seats for veterans to hear Devereaux at this year’s final concert Sunday, August 15th at 4:00 PM at the Custom House Maritime Museum.

SFC Devereaux became a member of the premiere band of the U.S. Army seven years ago and takes pride in his job to “serve with a tuba.” Devereaux went through Basic Training, as all soldiers do, and is honored to “represent those people who are overseas and can’t be with their loved ones.” In a conversation with Yang earlier this year, Devereaux spoke of music as “the connective tissue” between the military and the public, “When we take the time to play music that connects us to veterans and the sacrifices they made, that is as powerful as it gets.”

Newburyport resident and Air Force veteran William Shuttleworth, who walked across the country in 2019 to raise awareness of issues facing veterans, is coordinating with NCMF to bring veterans to the concert and recognize their service to the country.

This year’s Festival begins August 4th and runs through the final concert on August 15th. For more details, and to purchase concert tickets, visit: www.NewburyportChamberMusic.org.