Mike Wilson Has 711 Miles to Run 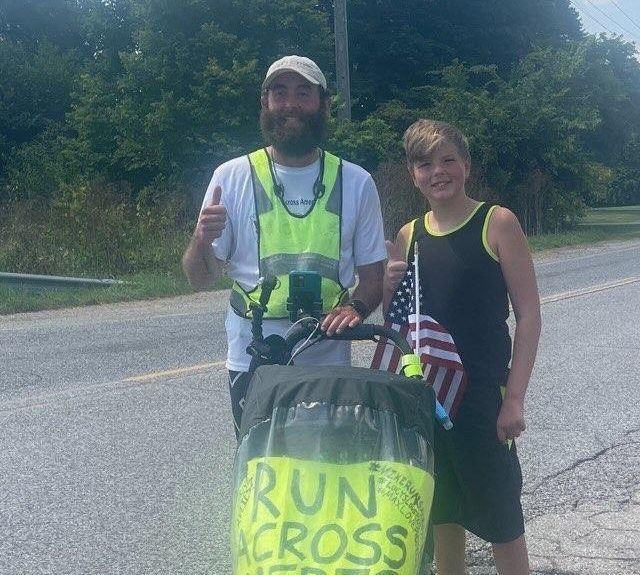 Mike with another new friend in Ohio Photo by Mike Wilson

MANSFIELD, OH – Mike Wilson stopped his Run Across America briefly this week to take a tour of the Ohio State Reformatory, the site where one of his favorite films, The Shawshank Redemption, was shot.

He was surprised to find the prison and other scenes from the film in Ohio, not Maine, where the story was set. Only the bank where Tim Robbins’ character, Andy Dufresne, cashes the check he wrote himself, is in Maine.

Mike is running across the country from Oregon to the Newburyport waterfront to raise money for two organizations, Lucy’s Love Bus in Amesbury and MaxLove Project in California. Both non-profit groups help people cope with cancer.

As you would suspect, another of Mike’s favorite movies is Forrest Gump.

According to his GPS device, he had 711 miles to go when the Town Common caught up with him last week. To reduce the heat stress on his body, he has decided to leave the historic Lincoln Highway, U.S. Highway 30, the first coast-to-coast highway, and head north through Cleveland and make his run through New York to the MassPike. From Boston, he plans to run along Rte. 1 to Newburyport.

Mike hopes to arrive in Newburyport for a celebration on the waterfront on August 25. 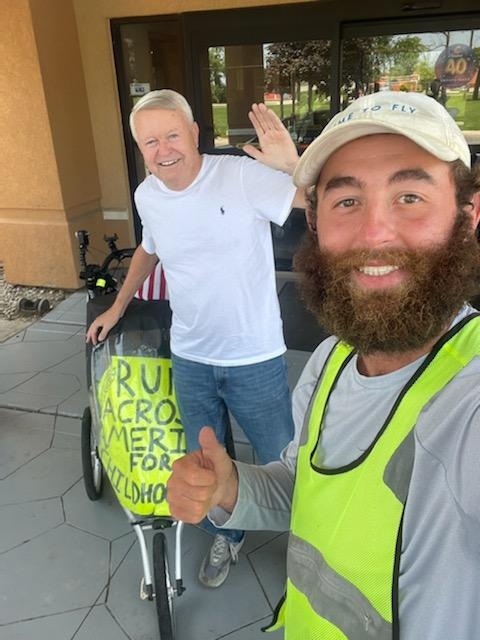 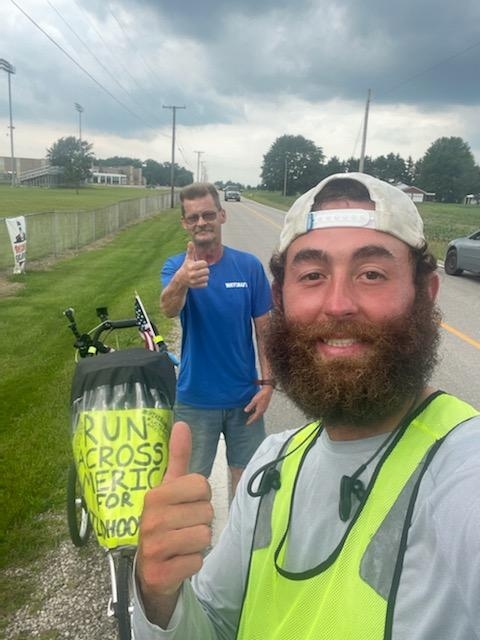 To join in Mike’s historic journey, consider making a donation to Lucy’s Bus. A monthly investment allows Lucy’s Bus to deliver comfort and quality of life to children with cancer year-round.

What your gift means:

Pick up The Town Common or follow him on the thetowncommon.com each week to track Mike’s progress across America. 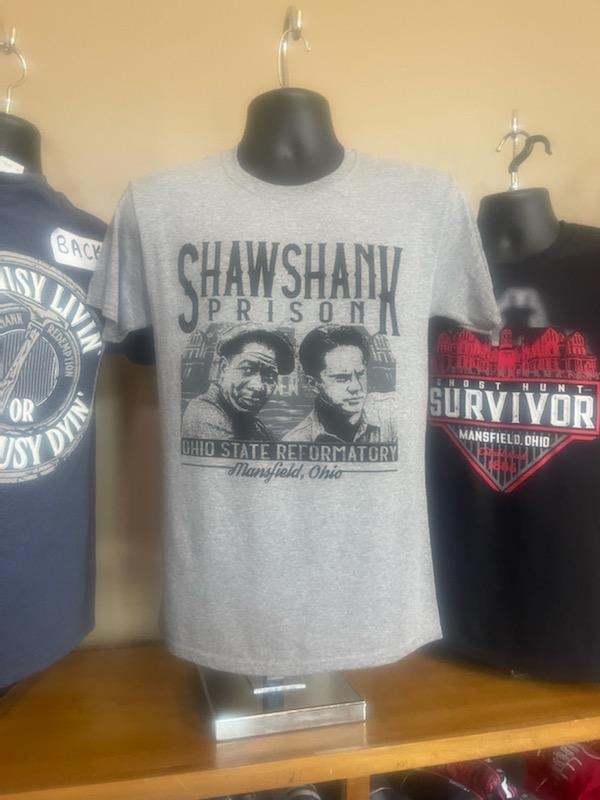 T-shirt on sale at the Mansfield prison