Help for Cleaning the Merrimack River 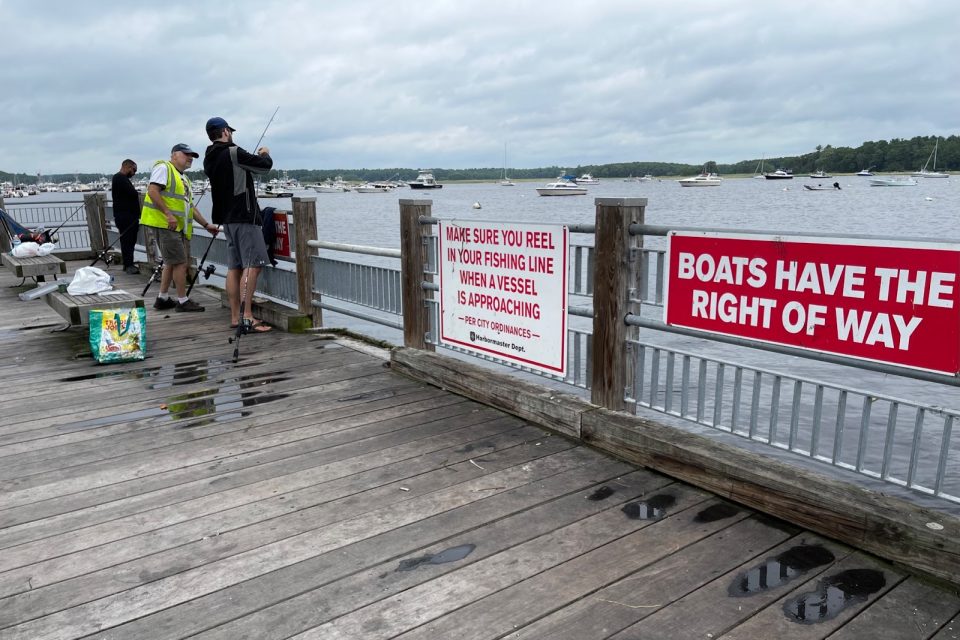 MERRIMACK RIVER VALLEY – Since the daily rains this month have canceled usual summer river and beach fun, you may not have noticed that the Merrimack River and the ocean water near its mouth is getting browner.

The steady rains, which have kept many from swimming, boating and fishing, caused at least 10 incidents of combined sewer overflows (CSOs) in the river during the first 21 days of July. The most recent was on July 20.

“That’s one every other day,” said John Macone, the policy and education specialist with the Merrimack River Watershed Council (MRWC). “I’ve never seen a period like this where there have been more CSOs in the same time period.”

Macone said experts are warning that climate change may bring more storms and cause more CSOs.

The most recent alert on the watershed’s website reads in part: During a rainstorm that struck the area on 07/20/2021, Haverhill, Greater Lawrence and Lowell have reported releasing untreated stormwater and sewage into the Merrimack River during Tuesday’s rainstorm. Haverhill’s discharges began at 11:25 p.m. and ended at 11:55 p.m. The volume reported that 250,000 gallons were released.

That alert to fishermen, boaters and swimmers meant that within 24 to 48 hours, significant amounts of untreated sewage was floating in the river, headed fast downriver to the Atlantic. The exact amounts have not yet been released.

Near midnight before the July 4th holiday, a traditional day for people to be on the river and at the beach, the Greater Lawrence Sanitary District issued an alert that a CSO had occurred at its facility.

“CSO discharges are a mixture of stormwater and diluted sewage that flows through netting material for large debris removal and discharges directly into nearby receiving waters when the capacity of the treatment and transport systems are exceeded as a result of heavy rain and/or snowmelt. These overflows occur only when necessary to protect public health and safety,” the Lawrence alert stated. “Public health officials recommend avoiding contact with water bodies during rainstorms and for 48 hours afterwards, as there may be increased health risks due to bacteria or other pollutants associated with urban stormwater runoff and CSO discharges.”

But during heavy rains or snowmelt, the volume of water overwhelms the system, releasing untreated or partially treated sewage, toxic materials and debris into the Merrimack. That sends harmful bacteria and pollution into the river and ocean.

The U.S. Environmental Protection Agency wrote: “Sewage discharges from combined sewer overflow pipes are a major problem in this country and are a big reason why many of the nation’s rivers remain unsafe for swimming and fishing. The problem is especially acute in New England, where more than 100 communities are burdened with CSO pipes that discharge hundreds of millions of gallons of untreated sewage and stormwater into waterways after heavy rains. Eliminating these discharges is an enormous financial challenge. In New England alone, the price tag for eliminating CSOs could run as high as $4 billion.”

In 2021, help to solve this complex problem for the Merrimack could be on the horizon.

As a benefit of the Covid-related economic downturn, the federal government is sending funds to help states and cities rebound. The states may spend the funds on a variety of projects.

Gov. Charlie Baker proposed that Massachusetts spend $400 million of its $5.3 billion American Rescue Plan funds helping cities, including those along the Merrimack, rebuild combined wastewater systems. Lowell alone estimates it needs more than $100 million to tear up its streets, lay new pipes and expand the capacity of its wastewater treatment plant.

But Baker’s overall allocation of the federal funds did not sit well with the legislature. The House voted to hold hearings on how Massachusetts should spend the money.

CSOs are also an interstate problem. The 117-mile Merrimack begins in New Hampshire. The industrial city of Manchester is spending $230 million over the next 20 years to reduce its CSO discharges by 50 percent. Nashua, NH, is also a major contributor to the river pollution problem.

In Massachusetts, in addition to Lawrence, Lowell and Haverhill, Fitchburg dumps into the Nashua River, a tributary of the Merrimack.

All these treatment plants, which are upriver from Amesbury, West Newbury, Newburyport, Salisbury and Newbury, are under government orders to reduce or eliminate their CSOs. But without additional federal and state funding, it may still take several decades to solve the problem.

State Sen. Diana DiZoglio, D-Methuen, is asking the legislature to create a Merrimack River District Commission (MRDC), as part of the watershed council to bring together groups along the river to advocate for federal funding, improve overall water quality and be a repository of data being gathered.

“The MRDC is something I have been working on during my time in the Senate, in an effort to bring together stakeholders from all along the Merrimack River — experts, elected officials and environmental groups, among others — to address issues around pollution, including discharge from CSOs,” DiZoglio wrote in an email to The Town Common.

In the near term, the state and cities, like Newburyport, are designing an early warning system to tell river users when there is floating sewage in the river.

The Watershed Council and Newburyport had hoped that an Early Bacteria Alert System would be ready to deploy this summer. But tracking CSOs is complicated, and Macone said, “It is not ready for prime time.”

It now looks like the alert system may not be available until December of 2022. 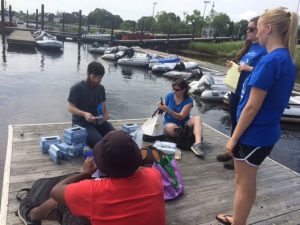 MRWC staff and volunteers testing at Cashman Park in Newburyport