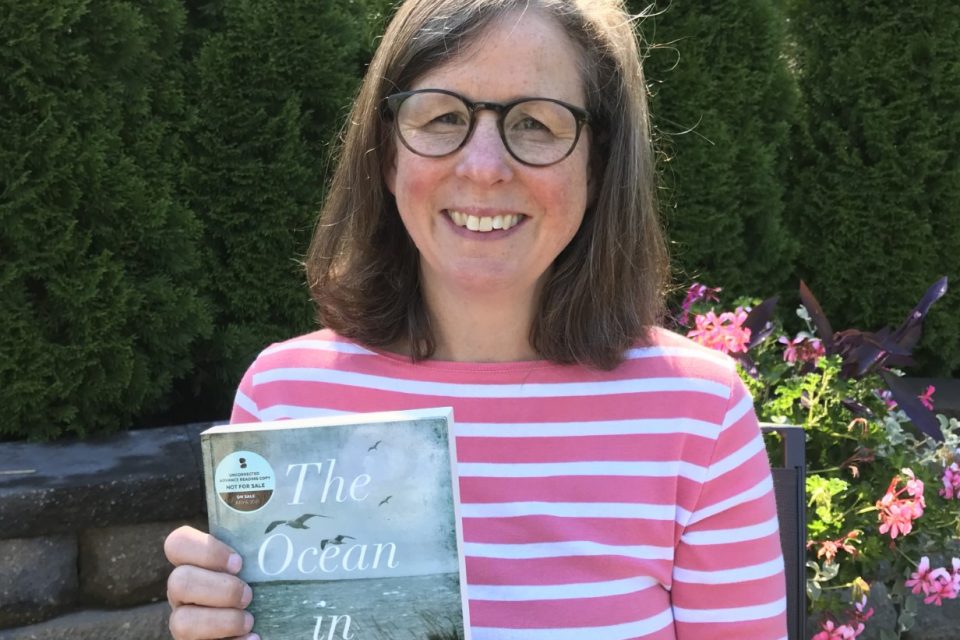 REGIONAL – Elizabeth de Veer discovered that the beach in winter is different from summer when she spent hours watching her beloved Labradoodle run unleashed on Plum Island during the cold months when Newbury and Newburyport allow dogs to run free.

De Veer, a writer, who holds a master’s degree from Harvard Divinity School, came to appreciate that the winter ocean brings on introspection and reflection. Without people sunbathing and chasing Frisbees, the beach in winter is a solitary experience, perfect for a new author.

Her walks on the winter beach led her to name her debut novel, The Ocean in Winter, which is being released by its publisher next week. She will do a reading of the novel about three sisters trying to cope with the suicide of their mother at 6 p.m., July 19, at the Georgetown Peabody Library.

“Elizabeth is an avid library user along with her husband and daughter,” wrote Sarah Cognata, library director. “Some time ago she had informed the staff that she was writing a novel and we were thrilled to hear that it was completed and due to be published this summer. We decided it would be a wonderful way to celebrate a local author like Elizabeth and to keep the library’s commitment as a connection to community events especially after our shutdown due to COVID by offering a reading and book signing event on the library lawn. I look forward to reading a copy of her novel very soon.”

De Veer always wanted to be a writer, but said, “I wasn’t sure I could do it.” She explored other creative avenues, but “writing floated to the top.” She was admitted to writing residencies at the Jentel Artist Residency, the Hambidge Center for Creative Arts and Sciences, and the Virginia Center for the Creative Arts. She is a member of several writing groups, including Grub Street Writers’ Collective of Boston, the Newburyport Writers’ Group, Sisters in Crime New England, and the New Hampshire Writers’ Project.

Growing up in Arlington, VA, she settled initially with her husband Bram in Arlington, MA. But they spent many weekends exploring the North Shore, enjoying ice cream, and shopping for antiques. Eventually, they settled in Georgetown.

“We are so lucky to live in one of the most beautiful places in the world,” she said sitting on the stone patio of Café Sarina in Georgetown.

De Veer works part-time, using a combination of her religious education and self-taught administrative skills to be an administrator for St. John’s Episcopal Church in Gloucester. It allows her to be part of the faith community and keeping the church running smoothly.

“I love it,” she said. “It brings together so many sides of my brain.”

The Ocean in Winter is her debut novel, but not the first novel she has written. Her first novel was about the Oklahoma Dust Bowl. The second explored the world of Country Music. Both are yet unpublished. 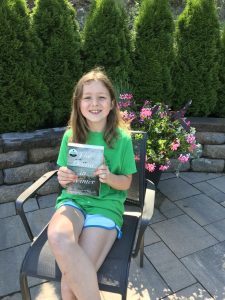 The story opens on a March night, as a storm rages off the coast of northeastern Massachusetts. Alex, the oldest of the three Emery sisters, sits alone without electricity in an old farmhouse she inherited from a stranger. There is an unexpected knock at the door. When Alex opens it, her beautiful younger sister stands before her. Alex had been 11, Colleen eight, and Riley four when the oldest sister found their mother dead in the bathtub. When their father shut down emotionally, Alex was left to raise the sisters.

Riley disappears into the night, leaving Alex and Colleen to search for her and face their painful past. The closer they come to finding Riley again, the more they fear they will only be left with Riley’s secrets.

The Ocean in Winter is a good summer read about grief, love, and what it means to be haunted.

Elizabeth de Veer’s first novel can be purchased at Jabberwocky Book Store in Newburyport or anywhere books are sold.