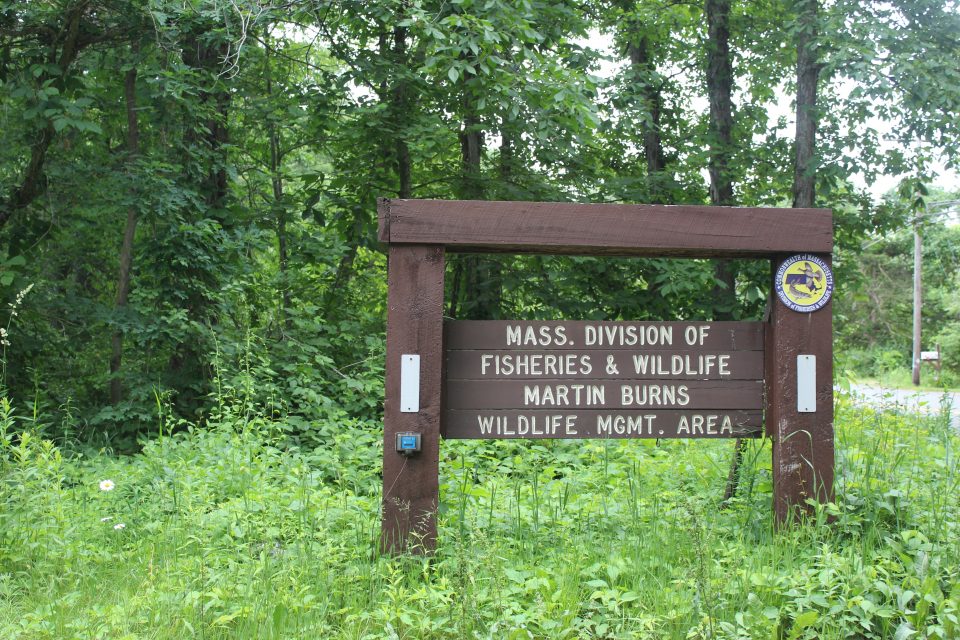 BYFIELD — In recent years as North Shore green space is gobbled up by the growing demand for housing, the battle municipalities face is often whether to side with people, who vote and pay taxes, or salamanders and tree frogs.

That issue is before the Newbury Conservation Commission in deciding if a proposed housing project, known by the charming name of the Village at Cricket Creek, will be approved.

The project at the rear of Pearson Drive by developer Walter Eriksen proposes to build an 800-foot cul-de-sac with 24 single-family homes. The property borders the Martin Burns Wildlife Management Area and has five wetlands, including one vernal pool on the property and possibly two.

Vernal pools are protected seasonal ponds that usually have no fish, which allows for amphibian and insect species to thrive.

The challenge is that Eriksen proposes to make six of the 24 houses affordable, which means a home could be purchased or rented by households making up to 80 percent of the median income for the town. For Newbury, that would be $96,250 for a four-person household.

Because Newbury, like most municipalities, is short of the state requirement of 10 percent, town governing boards have their hands tied in what they can say no to.

Newbury’s Zoning Board of Appeals has already voted 3-0 to approve a comprehensive permit request by Cricket Lane LLC to build the 24 homes, although some ZBA members said they were reluctant to grant the permit.

Chapter 40B, which governs the building of affordable housing, supersedes some local regulations. If less than 10 percent of its town’s housing is considered affordable, a developer may build houses more densely than it would otherwise be allowed in any community.

Town counsel Lisa Mead, a partner with Mead, Talerman & Costa, said because the town has not yet met the state threshold of 10 percent, the ZBA could deny a comprehensive permit only if the proposal “removes critically needed open space, imperils public safety or endangers the environment.”

“Newbury is a sitting duck for any developer,” Goldner said. “It’s frustrating. The Planning Board needs to be more creative in finding spots to develop affordable housing.”

Housing developers have discovered Newbury, she said. “Green spaces are disappearing before our eyes. We need for the town to hit the pause button.”

Opponents are concerned about the increased traffic that building 24 more houses will generate for Pearson Road, but they believe they have the better shot at stopping the project on its potential environmental threats.

The neighbors have hired a law firm and are working with environmental consultants to oppose the plans.

Pearson Drive resident Daniel Linden, who holds a doctorate in wildlife ecology from Michigan State University and studied vernal pools as an undergraduate student at the University of Rhode Island, told the ZBA there may be a second vernal pool.

“There are some questions about the isolated land subject to flooding, which is in the middle of the property, whether or not it’s a vernal pool,” he said. “I know there was evidence submitted years ago that it had the attributes of a vernal pool, but it wasn’t definitive.”

Linden in recent months has documented egg masses and tadpoles of wood frogs and spotted salamanders.

The state Department of Environmental Protection has not certified a second vernal pool because a more long-term study has not been conducted, Linden said.

The town’s conservation commission will conduct a site walk with Osgood on June 15 and continue debating the environmental issues at a public hearing on June 22.