Rte. 1 May Get Traffic Light 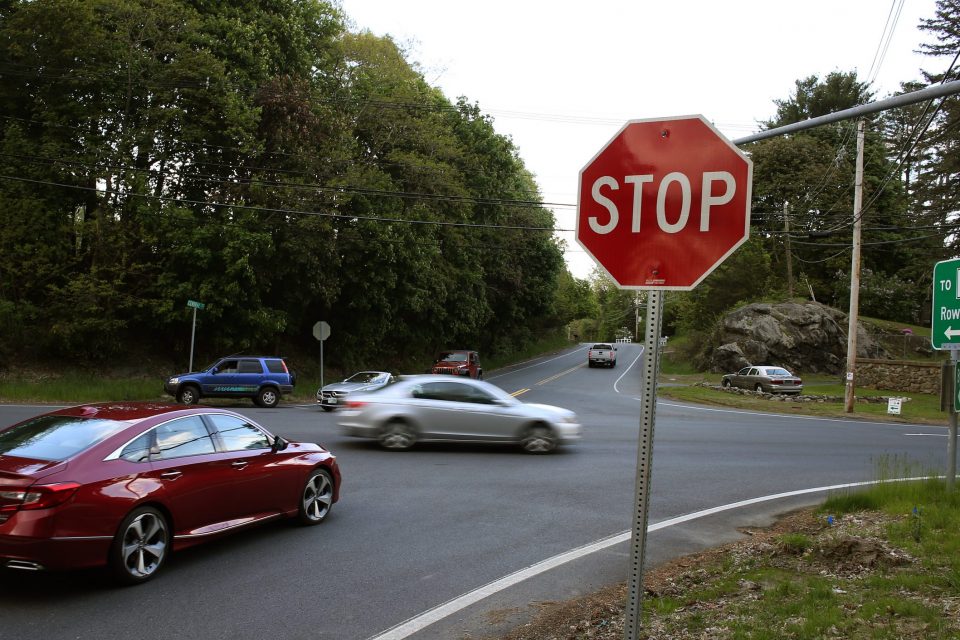 The Rte. 1 Intersection at Central Street. Photo by Stewart Lytle.

ROWLEY – If you’ve turned north off of Central Street onto State Highway Rte. 1 and said a prayer that a car, blocked from view, was not barreling up the hill at you, help may be on the way.

If you have waited on Glen or Central streets hoping for a break in the traffic that seemed like hours, the state Department of Transportation feels your pain.

MassDOT believes installing a traffic signal is the best option to solve problems at this troublesome intersection that currently has only stop signs on Central and Glen streets. On Rte. 1, there is a blinking yellow light to warn motorists about the intersection.

The state has been working for months on the future of this intersection, which has a higher-than-average crash rate. MassDOT considered four options — doing nothing, installing a four-way stop sign, building a rotary or installing a full traffic signal.

The traffic signal won out.

The cost of the traffic light was estimated at $1.1 million and would require the state to take only about 400 square feet of right of way at the intersection. That is compared to building a rotary, which would cost an estimated $2.4 million and require the state to take 5,400 square feet of land from four different residential parcels. At least six utility poles will need to be relocated, and new drainage structures and pipes would be needed to drain the rotary and its approaches.

The four-way stop signs would be the cheapest option, estimated at $350,000.

If you have an opinion, MassDOT would like to hear from you. You can email the project manager Patricia A. Leavenworth, P.E., Chief Engineer, at MassDOTProjectManagement@dot.state.ma.us or mail your comments to Suite 6340, 10 Park Plaza, Boston, MA 02116, Attention: Project Management, Project File No. 608846.

A pre-recorded Design Public Hearing on this project will be posted on June 10 at www.mass.gov. Once the public comment period is over, the state will determine if the traffic signal is the best option.

The level of service on Rte. 1 at the intersection is rated at a moderate Level C during the morning rush hour and slightly better Level B in the afternoon rush hour. But “the minor street approaches of Glen Street and Central Street experience significant delays with level of service E or F, which is typical for unsignalized approaches to a major arterial,” the DOT report said.

Between 2014 and 2019, there were 22 crashes at this intersection, an average of 3.67 crashes per year, which is well above the district and statewide averages for crashes in intersections, the report states. Most crashes were angle type, which indicate “difficult turning movements at the intersection and poor sight lines.”

Left turns from Route 1 will have a green arrow, and there will be “no turn on red” restrictions from Central and Glen streets to prevent angle crashes. Other improvements will include pavement markings and signs. Pedestrians will have striped crosswalks and walk-only signals with all traffic stopped.

Sidewalks will be constructed along the south side of Central Street and both sides of Glen Street to the nearest driveways. Bicyclists will have 6-foot-wide shoulders along Route 1, and a bicycle detection system will be at all approaches to the traffic signal.