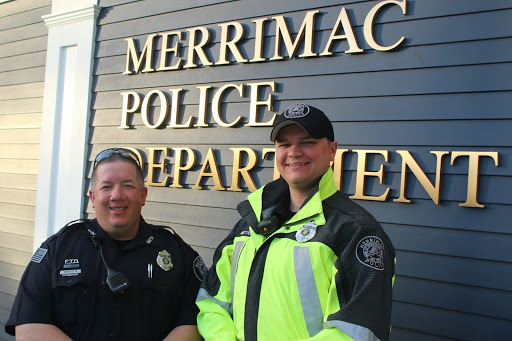 MERRIMAC – Before officers Stephen Ringuette and Anthony Harris served this community of 6,500 residents as police officers, they served their country during the war in Iraq as members of the Army’s 972 Military Police Co.

Officer Lawrence Mittica served as an Army medic in Afghanistan.

That means Merrimac has three veterans out of a department of seven officers, including a chief, two sergeants and four police officers. Ringuette served for six years, Harris nine years and Mittica seven years.

When Ringuette suggested to Chief Eric Shears that they honor the officers for their military service by letting them wear a specially designed badge during the months of May and November, the chief agreed immediately.

“I thought it was a good idea,” Shears told The Town Common. “These officers have served their country and now they are serving their community. It’s nice to honor them.”

Ringuette, the senior officer on the Merrimac force, said he had seen the Haverhill Police Department honor its veteran officers by creating a special badge. So, he set to work designing a badge for Merrimac’s police officers who are veterans.

He replaced the center logo of the Commonwealth with the Army logo and substituted the blue police colors on the badges with the Army’s olive green. Ringuette then ordered the badges paid for out of his clothing allowance.

The officers are wearing the special badges this month because Memorial Day is celebrated in May. They will also wear the badges in November in honor of Veterans Day. 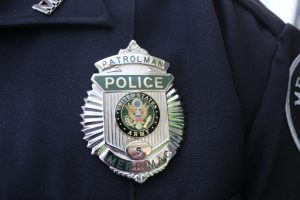