Pysanky For Peace, A Traveling Exhibition Of Pysanky At Wenham Museum 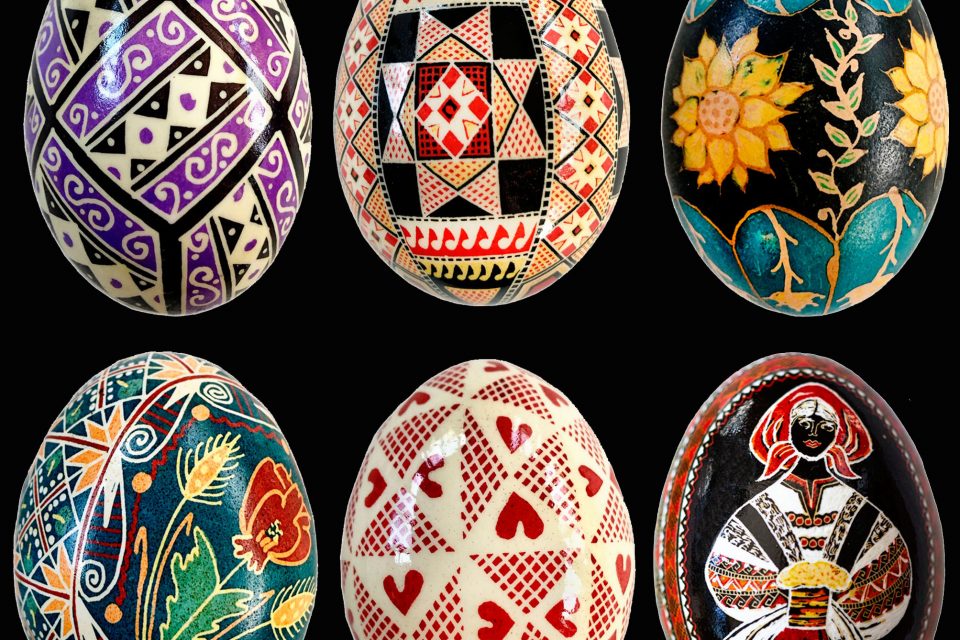 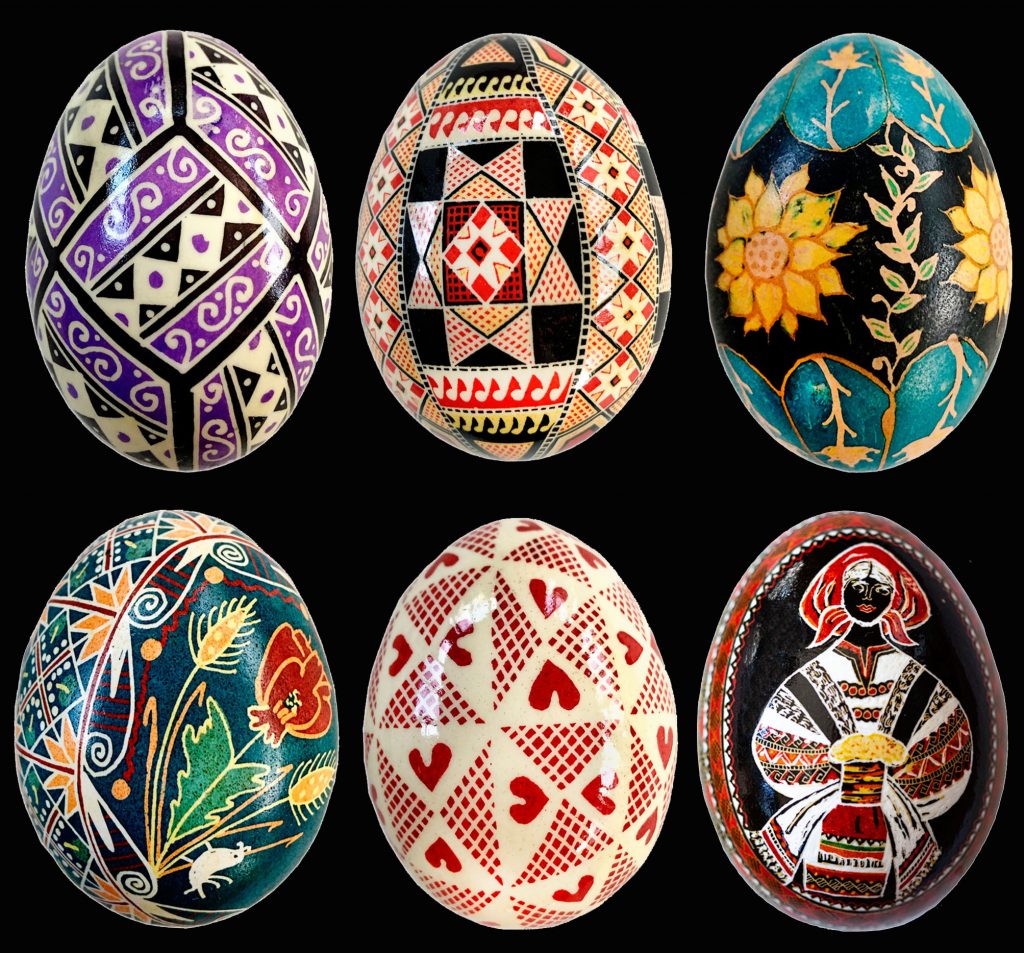 WENHAM – The Wenham Museum will open a new exhibit on April 16, entitled Pysanky for Peace, a traveling exhibition of pysanky, which are elaborately decorated Ukrainian Easter eggs. The exhibit will raise funds for Razom, which provides critically needed medical supplies to Ukraine For more information visit: https://razomforukraine.org/

The eggs are being made by artists from around the country, many at “Pysanky Parties” hosted by volunteers, and collected by Sarah Bachinger in upstate New York, a 4th generation Ukrainian American and founder of the nonprofit organization Pysanky for Peace https://pysankyforpeace.com/.

In lieu of an exhibit fee, the Wenham Museum is donating funds to Razom. “This is a very unusual exhibit model,” said Jane Bowers, the museum’s Exhibitions Curator and Manager. “Traveling exhibits generally have a fee to cover the costs of curating, shipping, and managing the exhibit. However, in this case, the curator [Bachinger] is donating her personal time and effort to raise money for a very worthy cause. We are more than happy to help in her efforts,” Bowers said. There will be at least 50 pysanky on display.

The eggs are decorated using the wax resist method of dying. Wax is applied to the eggshell in intricate patterns; when the egg is dipped in dye the color only appears on the areas that don’t have wax.

Bachinger will also be teaching participants the egg decorating technique at the Wenham Museum on April 16. There will be two workshops: a morning session for children aged 5-11 which will use cold wax, and an afternoon session for adults and children aged 12 or older which will use wax melted using a candle and a special tool called a kistka to apply it. For more information or to sign up, go to https://www.wenhammuseum.org/.

Traditionally, Pysanky are made during the Easter season. The legend among the Hutzul people (Ukrainians who live in the Carpathian Mountains) is that the fate of the world depends upon the pysanky. Evil, which exists in the shape of a horrible serpent who is forever chained to a cliff, sends his minions out each year to see how many pysanky have been created. If the number is low, the serpent’s chains are loosened and he is free to wander the earth causing destruction. However, if there are enough pysanky, the chains are tightened and good triumphs over evil for another year. 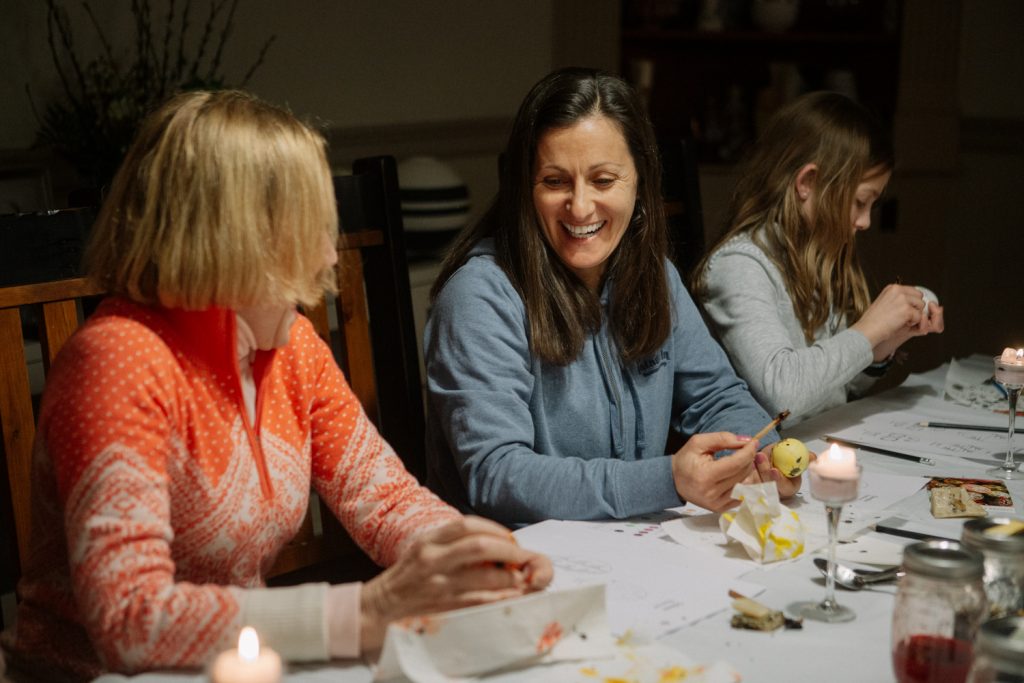 Volunteers chat at their pysanky for the project party in Rexford, NY, March 20, 2022 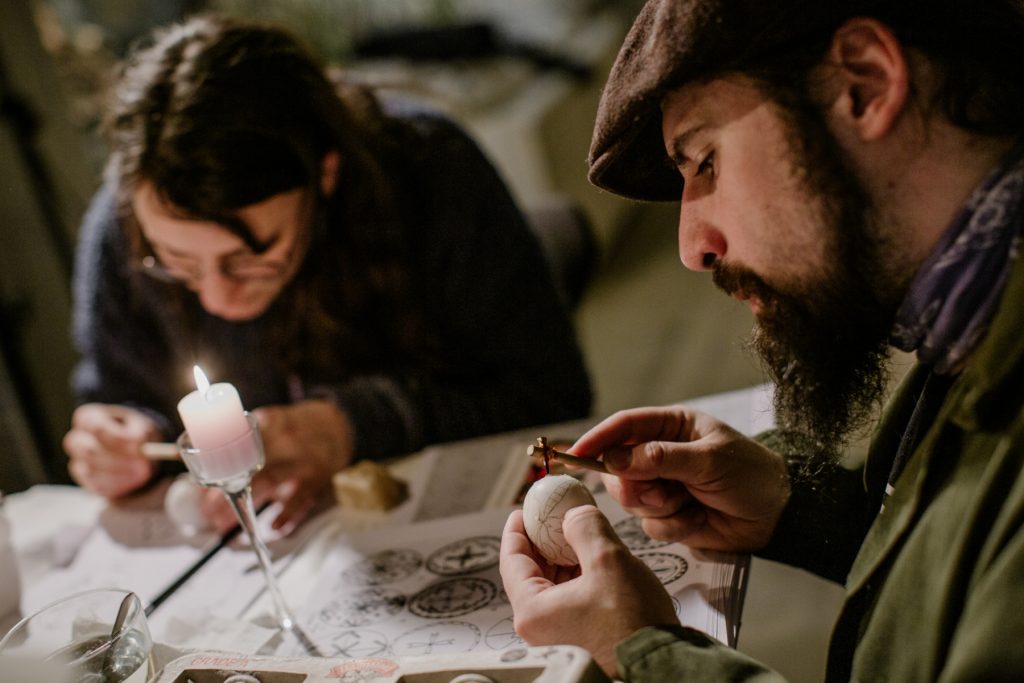 Volunteers working on their pysanky for the project at the Round Lake Art House in Round Lake, NY, March 6, 2022