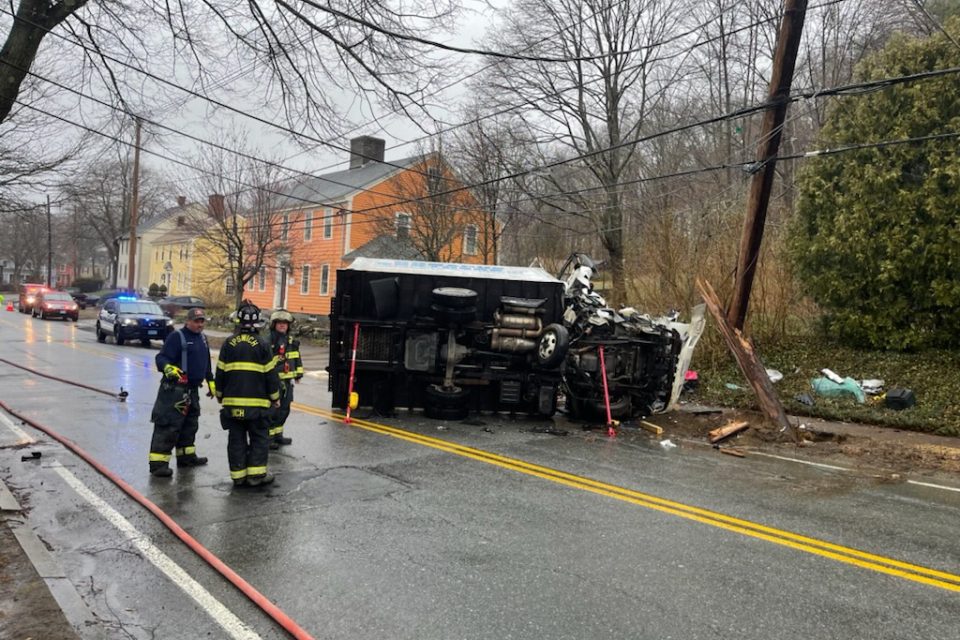 Ipswich Police and Fire Departments responded to a single-vehicle crash in which a box truck struck a utility pole and rolled over.

Fire Chief Paul Parisi and Police Chief Paul Nikas and report that on Thursday, March 24, at approximately 10:10 a.m., multiple 911 calls reported a truck rolled over in the area of 34 High St.

Upon arrival, police found a 2013 Isuzu box truck had struck a utility pole and then rolled over. The utility pole was destroyed. The driver of the truck, a 37-year-old Methuen man, was partially ejected and was pinned under the truck’s cab.

Police officers and firefighters worked together to free the driver, who was transported by Action Ambulance to Beverly Hospital. Medical helicopters were unable to fly at the time due to weather conditions. The driver was then taken by a Boston MedFlight ground ambulance to Lahey Hospital and Medical Center in Burlington for treatment of his injuries.