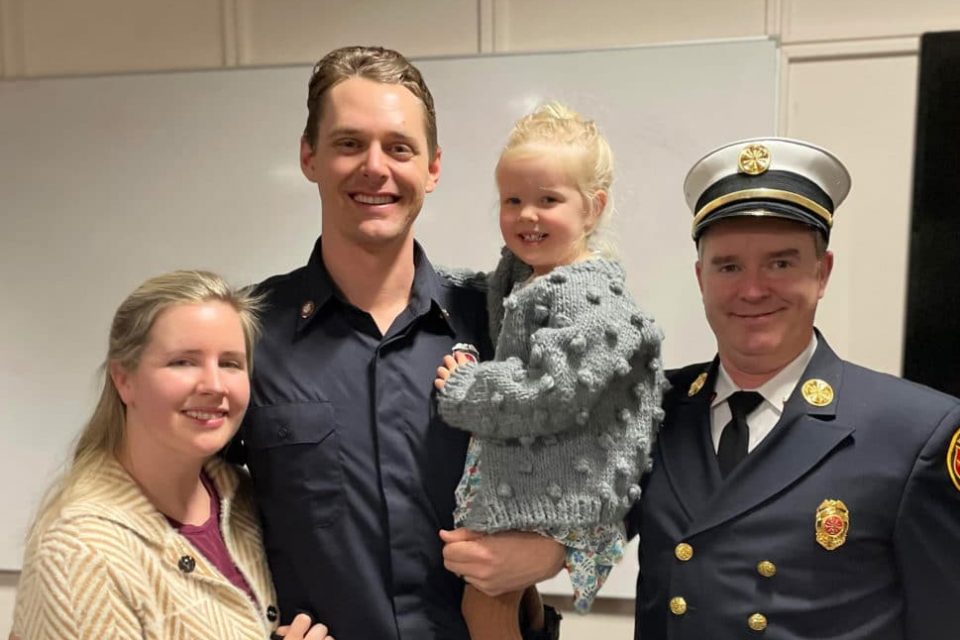 Haley, 30, said that as his baseball career drew to a close he wanted to pursue work closer to the home he shares with his wife, son, and daughter. Haley grew up in California, but moved here during his playing days and lives in Newburyport. He works full-time as a realtor in the area, but also wanted to follow in the footsteps of his grandfather and brother by working in public safety. Haley’s grandfather, who lives in California, has long been an EMT instructor, and his brother is a former paramedic.

“We have a young daughter and were planning on having a second kid, so I didn’t have the time to train 40 hours a week like I typically would,” Haley said. “Now that I’m starting to raise a family it’s much easier having something closer to home where I can work and also be here with my family.”

Haley has been certified as an EMT since he was 18, when he took his grandfather’s training course. He has also worked as an EMT for Atlantic Ambulance in Newburyport.

“I want to congratulate Firefighter Haley on completing the academy. He is already proving to be a valuable member of the department,” said Chief Michael Dwyer. “Firefighter Haley’s commitment to his family helped lead him here, and he will be a great asset to our department and community here in West Newbury.”