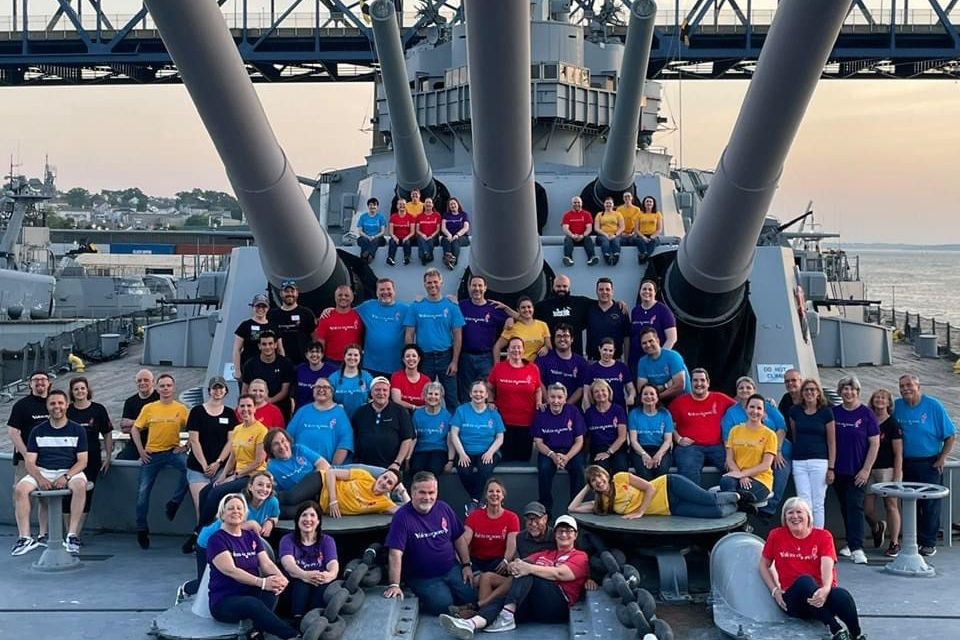 A Group of Ordinary People on an Extraordinary Mission

Lawrence – On Tuesday, November 30th (Giving Tuesday), Voices of Hope, a local volunteer organization dedicated to raising funds for cancer research through theatrical performance, will present Dancing in the Rain, a virtual musical celebration of resilience and hope.

The virtual cabaret represents a tapestry of talent featuring seven full scale music videos designed, recorded, filmed, and edited entirely by Voices of Hope members. With additional commentary, storytelling and guest appearances, this performance is a tribute to the resilience that has sustained us in the darkest of days, and a reflection of the hope that kept us moving forward.

In Spring 2020, Voices of Hope (VOH) was just a few weeks out from presenting its spring musical fundraiser at North Shore Music Theater when suddenly the curtain was brought down, and the lights went out. COVID-19 had struck with a heavy hand and stages around the world went silent.

Thinking the crisis would pass by the fall and productions would resume, members were encouraged to film music videos at home to keep active and connected until that time. These individual submissions were then compiled into what soon became a series of virtual cabarets shared with the staff and patients at Massachusetts General Hospital Cancer Center.

VOH Executive Artistic Director Dana Siegal’s thought was, “If we can’t raise money now, perhaps we can raise spirits.” As time progressed it became clear that VOH would not be returning to live theater anytime soon. So, they shifted gears and explored opportunities to expand their recording concept in a way that would allow them to work more effectively and safely with their members.

“This spring when it became obvious that we were nowhere near a level of safety required to resume live performance, we took all we had learned and applied it to the creation of a virtual gala with seven full scale music videos,” says Greg Chastain, VOH President and Founder.”

They recorded vocal and music tracks in the studio and filmed videos at locations including Gillette Stadium, the grounds of North Shore Music Theater, the Healing Garden at Massachusetts General Hospital, and Marblehead harbor. All the work – artistic design, music direction, choreography, recording, video work both on the ground and in the air with drones, and then hundreds of hours of editing – have all been done by the organization’s volunteer members.

“Like so many others during this pandemic, we incorporated new performance options and are thrilled to share this incredible tapestry of talent as we raise our voices to an expanded new online audience,” added Siegal. “VOH has clearly shown that life is not about waiting for the storm to pass, you must learn to dance – and sing – in the rain!!”.

Log onto www.vohboston.org on Tuesday, November 30th at 7:00 p.m. to enjoy this musical celebration of resilience and hope. The cabaret will remain available through the end of the year for viewers unable to watch it when it premieres. In lieu of ticket sales for a live performance, VOH is requesting a comparable donation to help support their mission to help make cancer history. Viewers can also participate in an online auction with items from professional sports teams, theaters, and local businesses. Donations of any amount will be gratefully accepted on behalf of the amazing doctors, scientists, and nurses at the Termeer Center for Targeted Therapies at the MGH Cancer Center. To-date Voices of Hope has donated $836,000 to cancer research and plans to be back performing live in 2022 as it is on a March to a Million.

Voices of Hope (VOH) is a 501(c)(3) non-profit organization with more than 150 members who share a passion for the performing arts and a desire to join the fight against cancer by raising awareness and funds for cancer research. Bringing such memorable shows as Titanic, Fiddler on the Roof, Jesus Christ Superstar, and Godspell to the stage since 2009, sell-out audiences have praised Voices of Hope for the quality of their productions and impact on the local cancer community. More information—including performance photos, videos, and upcoming events—is available at www.vohboston.org.