Neither snow nor rain nor heat fazes Topsfield weather chaser 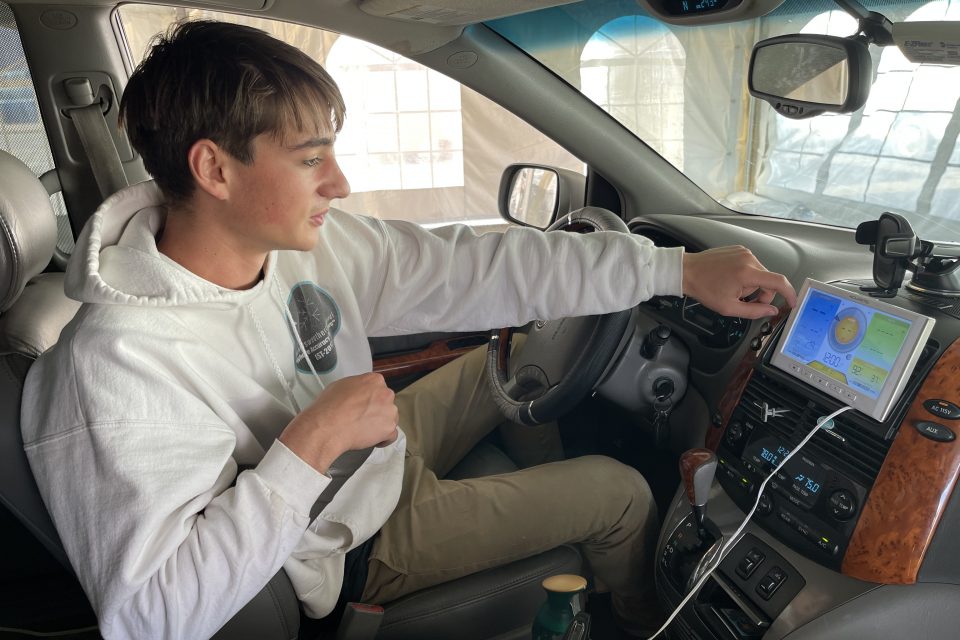 Photo: The Town Common. Henry Swenson sits inside his Toyota Sienna, which serves as a mobile weather station.

TOPSFIELD — While other New Englanders pray for a mild winter, Henry Swenson is hoping for storms.

“It amazes me how they develop, the scenery they bring. It’s something that’s very enjoyable,” he said during a phone call. Even without seeing his face, the energy in his voice was unmistakable.  Asked if there are any storms that stand out to him as especially memorable, he immediately replied, “There’s a ton. The winter of 2014 or 2015, that winter was amazing. It kept snowing and snowing and didn’t stop.”

He’s right about that; nearly eight feet of snow fell on the city of Boston in just three weeks during the winter of 2015, according to the NASA Earth Observatory website. Not everyone would agree with Swenson, 19, of Topsfield, about the beauty of winter weather, but that doesn’t deter the recent high school graduate from learning all that he can about it.

Swenson has aspired to become a meteorologist since he was about 10, and he’s loved nor’easters for as long as he can remember. The pandemic may have temporarily interrupted his plans to attend the meteorology program at Plymouth State University, but a pause from school hasn’t meant a pause from tracking the weather. In the interim, Swenson has tricked out his Toyota Sienna with its own weather station that he uses to measure rainfall, wind speed and direction and barometric pressure. Ultimately, his hope is to go into broadcasting, preferably somewhere with a four-season climate. He’s open to the idea of chasing tornadoes one day. 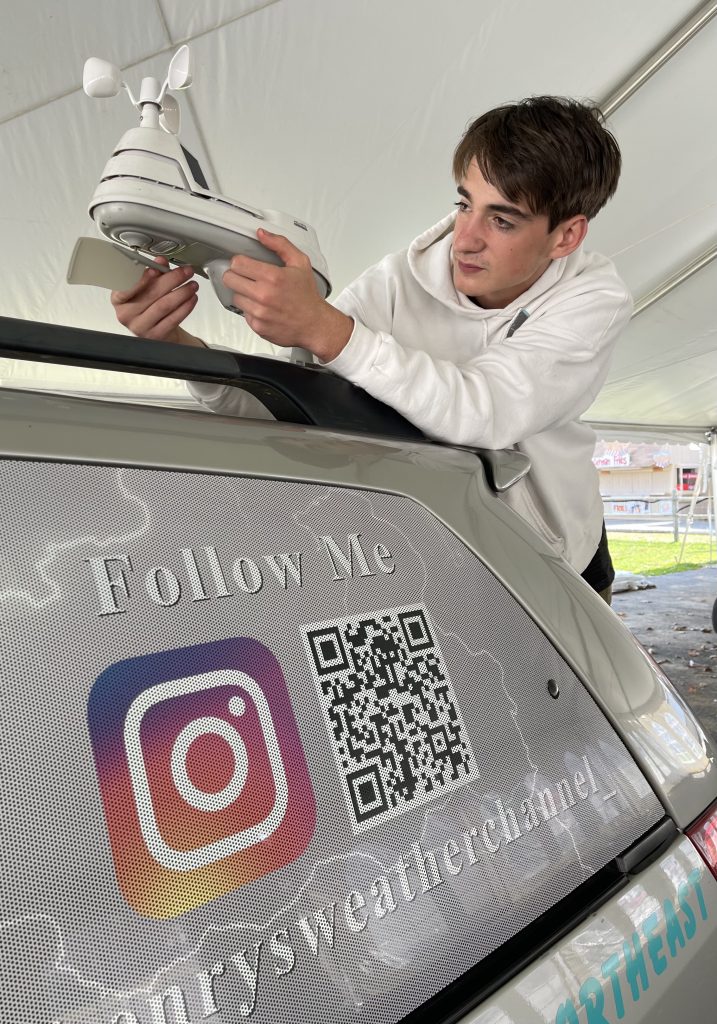 Photo: The Town Common. Henry Swenson places weather-monitoring equipment on his Toyota Sienna. He uses this vehicle as a mobile weather station.

But Swenson doesn’t want to just predict the weather— he also wants to share those predictions. He does this through social media channels, particularly Instagram, although he’s hoping to expand to Facebook soon. In 2017, he started “henrysweatherchannel_,” an Instagram page where he posts forecasts compiled from online models.

“I wanted to get accurate forecasts out to people. So I thought, why don’t I just create an Instagram?”

For the first three years, the account focused on the North Shore of Massachusetts, but recently expanded to the entire Northeast region to accommodate Swenson’s base of followers, who are mainly fellow recent high school graduates. There’s an active community of young weather watchers in New England, said Swenson, particularly on social media. His own skills are self-taught, but he credits the help of an active and passionate group of individuals who have helped him learn more about meteorology. Tommy House, a current student at Plymouth State University, came up in relation to his involvement with the account and as an occasional weather chasing companion.

When he’s not scanning the skies, Swenson has a fairly unusual hobby. For six years, he’s also been growing giant pumpkins. Last year’s attempt reached 1,084.5 pounds (for comparison’s sake, that’s in the weight range of an adult moose). But even pumpkins inevitably cycle back to the weather, as the results can vary dramatically depending on the conditions of the growing season. This year’s pumpkins suffered in the constant rain; a reminder that everything in the natural world is connected.

Swenson did share a few predictions about this coming winter season, and about meteorology in general. He said if he had to make an overall prediction, he’d estimate average or slightly above average snowfall and temperatures.

“I think the technology is only going to improve, only going to go up in the future,” he said of forecasting in the broad sense. But he doesn’t think that will ever be a guarantee of 100 percent accuracy in anticipating the weather. “If a storm doesn’t go right, ultimately it’s just up to mother nature.”