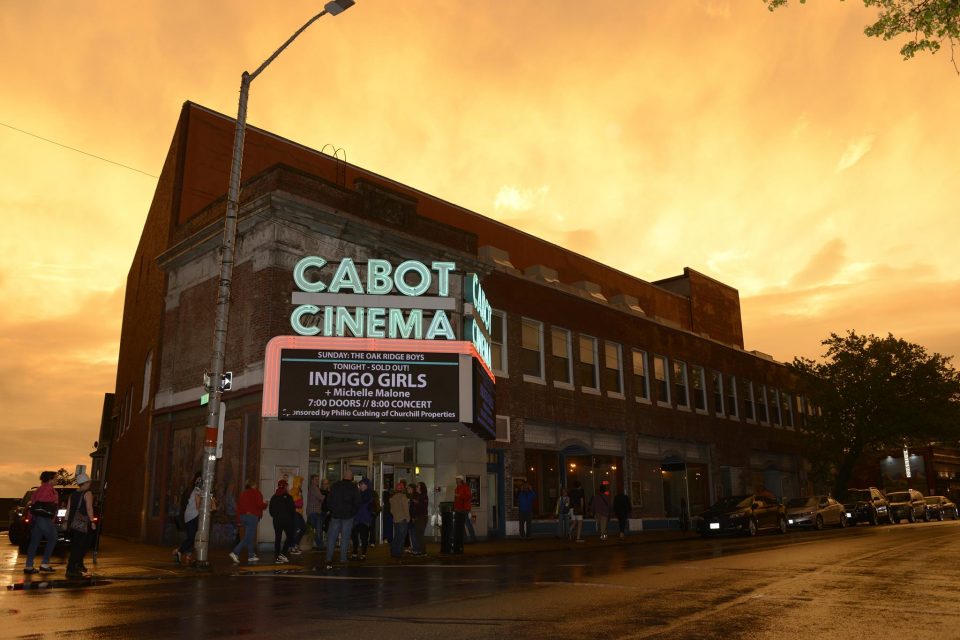 BEVERLY — When The Cabot reopens to the public Memorial Day weekend with showings of the film “Jaws” May 29-30, entertainment-starved patrons will notice many improvements as soon as they walk into the historic theater’s lobby.

The dated 1940s-era concession stand, avocado-colored walls and ugly dropped ceiling are gone, replaced by a bright, welcoming vaulted ceiling, original window, decorative plaster, a fresh paint job in period gold, a chandelier, and vintage movie posters in the original frames that had been covered by wood paneling.

“This theater is a crown jewel. It’s a magical place,” said Casey Soward, executive director. “The Cabot opened during the Spanish Flu pandemic in 1920, and here we are some 100 years later opening a bright new chapter in The Cabot’s history during another pandemic.” 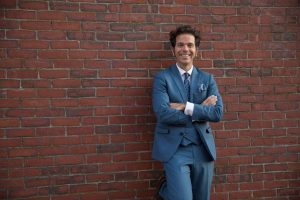 The Cabot, which was built by the Ware Brothers in 1920 and is one of America’s few remaining vaudeville/movie palaces, has been returned to its original architectural glory thanks in part to devoted supporters and a $5 million restoration project that began in 2014, when a group of local arts lovers banded together to save the theater from demolition.

Kimberley Ballard, director of development, and Soward were thrilled to show off the renovated lobby to members of the media.

The improvements are quite impressive, adding a modern look to the lobby by bringing it back to its 1920s grandeur.

“I plan to stand out here on opening night, just to watch the reactions as people walk into the lobby and see the improvements,” said Soward, semi-joking.

CDC protocols will be followed. For now, indoor capacity will be 250, masks and social distancing are required by moviegoers. Live indoor events will resume in August.

Soward, Ballard and their staff have been busy during the theater’s shutdown during the pandemic. Innovations include Cabot-to-Go, a paid streaming platform of movies and performances. A new app will allow theatergoers to order beverages and popcorn before arriving at the theater.

Future renovation plans include the addition of an elevator to the second floor and a reworking of the upstairs dressing room (performers currently have to leave the stage and go outside and re-enter).

Soward vividly recalls the day the pandemic forced the theater’s 15-month closure. “It was March 12, 2020. Rome and Duddy were here … and we had three shows that weekend, all cancelled.”

Last year was the 850-capacity Cabot’s 100th anniversary and 22,000 folks, including viewers in Australia and NewZealand, watched an online star-studded celebration. That got Soward and Ballard thinking that a streaming service could be successful. Local and regional musicians, including Jon Butcher and Adam Ezra, were among those expected to film performances last week.

“We are hoping for a really, really strong summer and fall. We are excited and optimistic,” Soward said.