Mike Wilson Gets A New Pair of Shoes 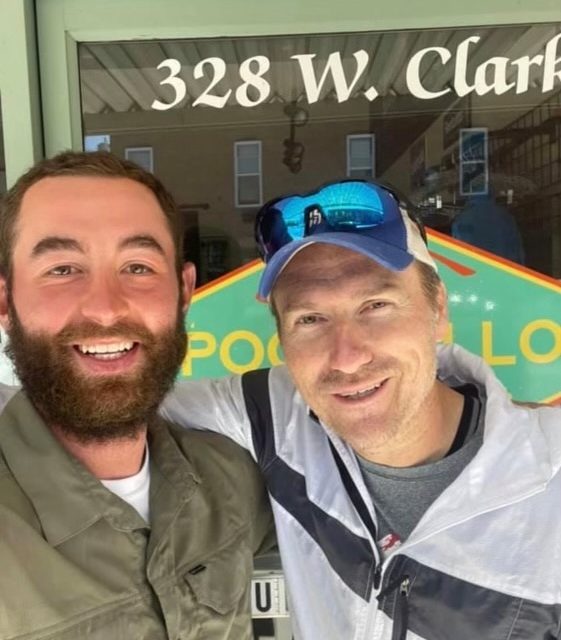 POCOTELLO, ID – Running into the mountains at 4,500 to 5,000 feet above sea level, Mike Wilson got a welcome call from the New Balance representative in Newburyport, offering to pay for any shoes or other gear he needs as he runs cross country.

When The Town Common caught up with him, the personal trainer was about to meet up with Brian Flansburg, the owner of the Pocotello Running Co., who, thanks to New Balance, offered Mike a free shopping trip at his store.

The call from New Balance was timely. A rock had just torn into his right shoe during a 45-mile run one day last week. As a result, his foot swelled, which made it essential that he stop for new shoes as he headed toward the Wyoming state line and into the higher elevations of the Rockies.

Pocotello Running Co. fitted him with a Hoka One One Stinson shoe, which Mike said “is really nice,” with extra tread on the bottom and extra cushioning inside. He also got a t-shirt and cap from the store.

Mike is running from the west coast to the Newburyport waterfront to raise money for Lucy’s Bus in Amesbury.

On Monday, Mike was running 48 miles to Idaho Falls, ID, his longest daily run yet.

The higher elevations are making breathing harder, Mike said. And one night, while camping out on the Oregon Trail, the winds were so strong, his tent blew so badly he could barely sleep. “It made for an interesting night,’ he said.

The shirts can be purchased for $20 at lucyslovebus.org/mikesrun.

Mike plans to finish his run on the waterfront of Newburyport in a couple of months. Pick up The Town Common or follow him on the web site each week to track Mike’s progress across America.

In addition to New Balance and the Portsmouth Planet Fitness, sponsors include True North Ale Co. in Ipswich, Wire By Ryan in Byfield, Marge Bar and The Juicery in Newburyport and Vincent Bianco Custom Catering in Peabody.