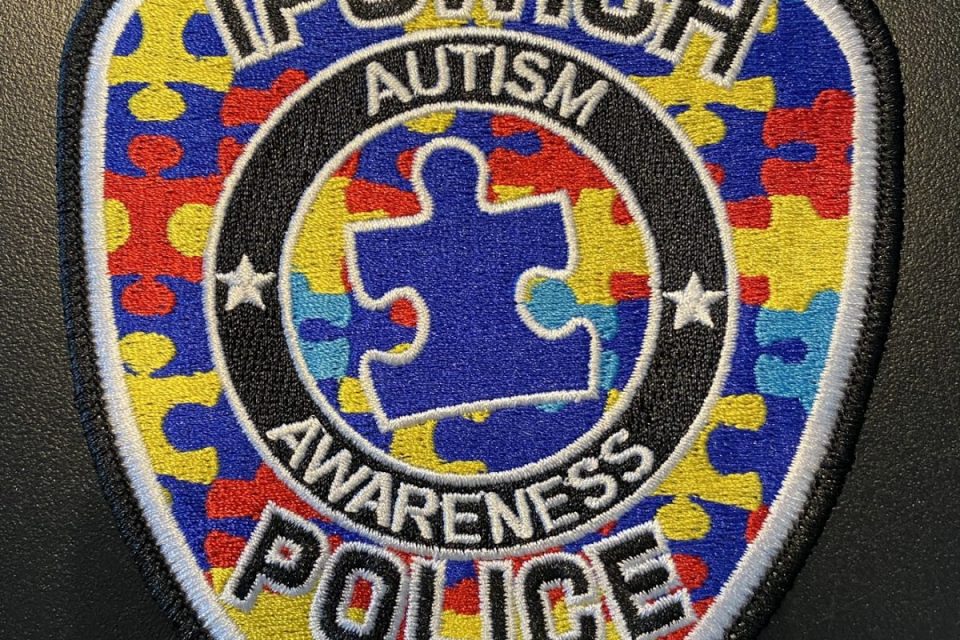 IPSWICH — Chief Paul Nikas announced that the Ipswich Police Department will be participating in the Autism Police Patch Program throughout the month of April this year.
Through the program, which seeks to raise awareness of autism spectrum disorder (ASD), Ipswich Police will be offering a commemorative patch to members of the public who donate $10 or more to the Doug Flutie Jr. Foundation for Autism.
This is the department’s first year participating in the initiative.
“We’re happy to have this opportunity to support the Doug Flutie Jr. Foundation for autism and to raise awareness,” Chief Nikas said. “As a police department we’re committed to serving everyone in our community and we feel this is an important way we can make a positive difference and demonstrate our support.”
Donors can obtain a patch by contacting Officer Matt Bodwell at mbodwell@ipswichpolice.org, or by mailing a check of $10 or more made out to the Doug Flutie Jr. Foundation for Autism specifying in the memo line that it is for the Ipswich Police Department’s fundraiser. Checks should be mailed to Officer Bodwell at the Ipswich Police Station at 15 Elm St., Ipswich, MA 01938, and those who wish to receive a patch should also include a stamped and self-addressed envelope.